The spectacular and biodiverse cloud forests of northwestern Ecuador, including the El Pahuma Orchid Reserve, are under attack from mining companies, but local conservationists are fighting back! 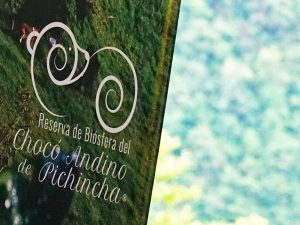 In 2018, years of intense effort by many of these conservationists culminated in the declaration of the Chocó Andino de Pichincha Biosphere Reserve.  The reserve covers nearly a half-million acres, including a protected core zone of over 185,000 acres; El Pahuma sits in the very center of this core area.  In order to win the declaration, proponents negotiated with the Ecuadorian Ministries of Mining and Environment to meet a key pre-requisite of any biosphere reserve: mining concessions within the proposed reserve area had to be voided.

The Andes are rich in mineral deposits, including copper, gold, and other precious targets of the mining industry.  Although a developing country like Ecuador has every right to utilize its mineral resources to create national wealth, they couldn’t have chosen a worse place to grant mining concessions.  The northwestern corner of Pichincha province harbors some of the most pristine examples of montane cloud forest on the planet, and moreover is home to hundreds of locally-owned and locally-operated ecotourism destinations. 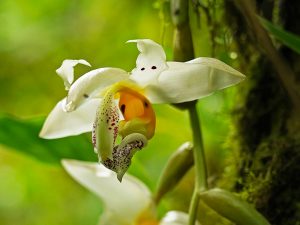 The orchids of El Pahuma, the spectacled bears of the Maquipucuna Reserve, and the stunning birds at Bellavista Lodge are just a few of the attractions that draw thousands of visitors to this region every month.  These visitors support the sustainable livelihoods of countless families in the region, like the Lima family who operate El Pahuma.  These rural families are deeply committed to conservation, not just because they value intact forest and the wildlife that lives within, but also because these gorgeous cloud forests provide them with income, entrepreneurial opportunity, and pride.

After months of negotiations and protests, the Ecuadorian government relented, granting local conservationists the prize they sought: all mining concessions within the proposed Biosphere Reserve were suspended, and the new reserve swiftly was confirmed.  The struggle ended in a tremendous victory for conservation, for biodiversity and for local families!

Despite this good news, disturbing whispers kept emerging from the federal government.  Once the truth emerged, people were stunned.  The Ministry of Mining announced, in a complete policy reversal, that mining concessions previously awarded within the Biosphere Reserve would be honored, despite assurances to the contrary just one year earlier.  Sadly, many of these concessions would, if pursued, would be a death sentence for dozens of small reserves, private forests, and public waterways, not to mention the thousands upon thousands of endemic plants and animals that call this region home. 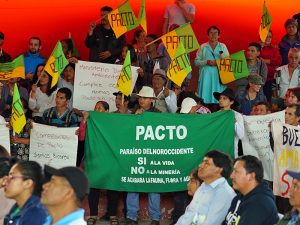 Fortunately, a strong and dedicated community of conservationists, activists, nature guides, and reserve owners had emerged from the months of work leading to establishment of the biosphere reserve.  This community quickly galvanized to fight the mining concessions, and they are continuing that struggle to this day.  Through a combination of public protests, widespread outcry, political negotiation, and direct action, they are standing up to the power of the federal government and the mining industry, who are trying to rob them of their livelihoods.

The tide is beginning to turn in our favor, but we are continuing to press our case.  Ceiba’s Executive Director in Ecuador, Carolina Toapanta, reports that the latest news has been positive, and there is reason to expect improvements in the situation.  But we cannot take our eyes off the struggle, even for an instant.  El Pahuma’s very life is at stake, along with the existence of numerous other protected areas. 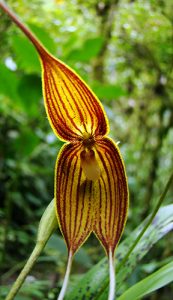 Won’t you help support the local efforts to fend off the mining industry and save their lands and livelihoods?  Ceiba is setting aside a Cloud Forest Defense Fund which will help support the ongoing expenses of this lengthy and complex battle.  The local team is well-informed, extremely motivated, and exceptionally hard-working; however, the costs of continuing the struggle keep mounting, and we want to help.  We are confident that representatives from the affected communities are the best people to lead this fight.  But they need our help to meet the ongoing costs of legal counsel, media outreach, mobilization to meetings, and legal representation.  Please make a donation today, and together we can save the cloud forests from unnecessary and destructive mining.