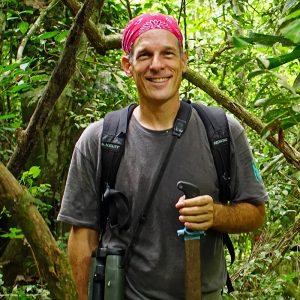 Dr. Joe Meisel holds a Ph.D. in zoology from the University of Wisconsin and an M.S. in wildlife ecology and conservation from the University of Florida, and is a board member and vice-president of the Ceiba Foundation.  He has worked in Central and South America for over 25 years, studying the effects of habitat alteration on native and migratory birds and evaluating the impact on tropical wildlife of land use conversion.  He has led numerous summer and semester field courses in Panama, Costa Rica, and Ecuador.  He has worked in Panama with the Smithsonian Migratory Bird Center, and was the recipient of a Fulbright award for studies of orchid diversity in Colombia.  Dr. Meisel is the author of Orchids of Tropical America: An Introduction and Guide, and of the forthcoming book Fish: The Wondrous World of Marine Fishes & How They Feed A Planet.  His research interests include the foraging behavior of Neotropical army ants and ant-following birds in forest fragments, the dynamics of wildlife in fragmented landscapes, and GIS modeling of species and diversity distributions. 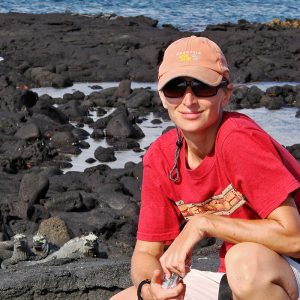 Dr. Catherine Woodward holds a Ph.D. in botany from the University of Wisconsin and an M.S. in tropical botany from University of Florida.  She also is a founding board member and current president of the Ceiba Foundation.  She has conducted research and traveled extensively in Ecuador and throughout Latin America for over 25 years.  For her master’s degree she studied soil disturbance effects on tropical tree seedling growth in reforested areas along the Maxus oil company road in Yasuní National Park, in the Amazonian rainforest of Ecuador.  Her current research interests include the impacts of forest fragmentation on plant population genetics and reproduction.  Dr. Woodward has worked with the Smithsonian Tropical Research Institute in Panama, conducting field research on birds in forest fragments, and has taught numerous field courses in Costa Rica, Panama and Ecuador.  She also is a Faculty Associate leading several courses on tropical ecology and conservation at the University of Wisconsin – Madison. 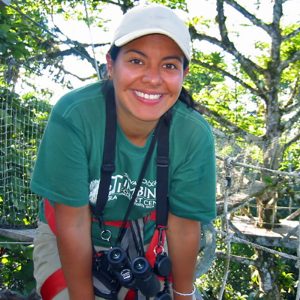 Carolina Toapanta obtained a M.S. in Environmental Conservation from the University of Wisconsin, and is the Executive Director of Ceiba’s operations in Ecuador.  She has had a long history with Ceiba: she began as a scholarship student on a summer course, Andes to Amazon, while still completing her undergraduate degree at the Pontificia Universidad Católica in Quito; she later worked as a teaching assistant and logistics coordinator for several of Ceiba’s summer and semester courses; after several years as Projects Coordinator in Ecuador, she assumed the position of Executive Director of all operations in the country.  She has led conservation efforts on the Pacific Coast, and has been instrumental in establishing large-scale conservation areas there and in the Andean highlands, including the new Choco Andino de Pichincha Biosphere Reserve, declared in 2018.